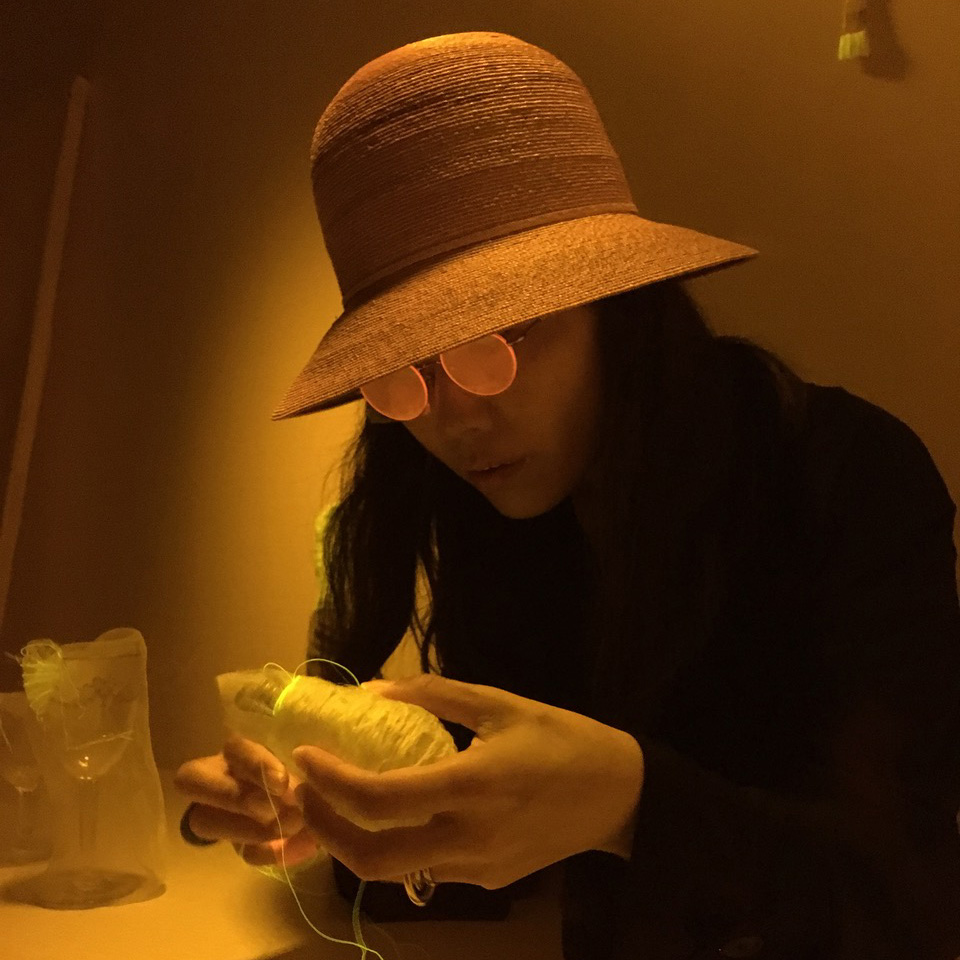 Takemura was a college student when she started using thread instead of paint. She liked the color cadmium red, but she was hesitant to pour anything with the name “cadmium” down the drain when she washed my brushes. If you apply oil paint with a brush, the paint and the canvas would be attached and never be separated. However, with a thread, it will be easily pulled out without leaving any trace. In contrast to the general image of an artist creating something from nothing, maintaining a certain distance between the canvas and the thread fitted more neatly for Takemura who believed that creating is “merely moving something from one place to the other’

At first, Takemura experimented with cotton thread, a material she was was familiar with, but soon began using silk thread. It started when she first saw Tenjukoku embroidery book that was passed down from the Chuguji Temple in Nara. Even after more than a thousand years, the embroidery thread made in the seventh centurykept its vivid color. She was struck by the fact that the thread, which she had always viewed as a provisional material as indicated by the word “preliminary fit,” had endured a longer test of time than painting. From then on, silk thread became an important material that she had continued to use.

The theme of the Yokohama Triennale to be held in Yokohama this summer is “Catching the Fragments of Light. After seeing her work last year in Tokyo, The LUX Media Collective, a group of Indian artists who will serve as artistic directors, decided to show Takemura’s work using glowing silk threads in the exhibition. They thought that Takemura’s work symbolized their theme.

In the darkened exhibition room of the Yokohama Museum of Art, the venue for the Triennale, glass cases glow like aquarium tanks. Inside the cases are various daily necessities, such as chipped glasses, cracked cups, stuck clocks, and broken toys. Each item is wrapped in a thin, transparent gauze-like cloth. A cloth is barely sewn but one can see the thread that gives a pale glow. The glowing areas are the cracked or broken parts. The cracks are sewn in lines, and the missing parts are sewed as if they are meant to be covering the breakage with thread.

Broken items that were supposed to be thrown away survive for a little while longer as a part of Takemura’s work. Given the title “Restoration Series,” I asked Takemura if she felt the need to “mend” things, like mothersmend a hole in their child’s trouser.

Sewing is often associated with femininity. In fact, it was women who worked in the factories that supported the silk manufacturing industry in Gunma. This is probably because the tactile act of “mending,” which is also associated with care, has been carried out by women.

However, Takemura said that she has no intention of fixing or prolonging the life of items that should have been thrown away. Rather, she said, the word “welcoming” comes close. She welcomes, invites and treats the items that happen to come her way. She has her flow of time, and the items have theirs – and it is like an encounter where both happened to meet. The relationship between Takemura and items is unsentimental, and there is a certain distance between them.

As her work illuminatingthe items, Takemura’s work is closer to photography than to painting. Sewing on glowing threads is similar to shedding a light on the item to take a picture. The light brings out the meaning of things that are otherwise overlooked.

However, in each case, the items themselves were not altered in any way. Even if you are a journalist reporting on a devastating situation, you cannot directly save the subject. Takemura, too, seemed to think that it would be foolish to think that she could change the course of the situations for those items.

The subtle distance between her and the item is expressed as a small gap between the object and the thin transparent cloth that covers it. It is important to clearly separate the sphere where the objects exist in the world from the sphere where the artist intervenes, so that they never intersect. This distinction is consistent with the feeling she had when she first started using thread, that once the thread is removed, it does not affect the original canvas. In this small gap, Takemura’s humility can been seen. 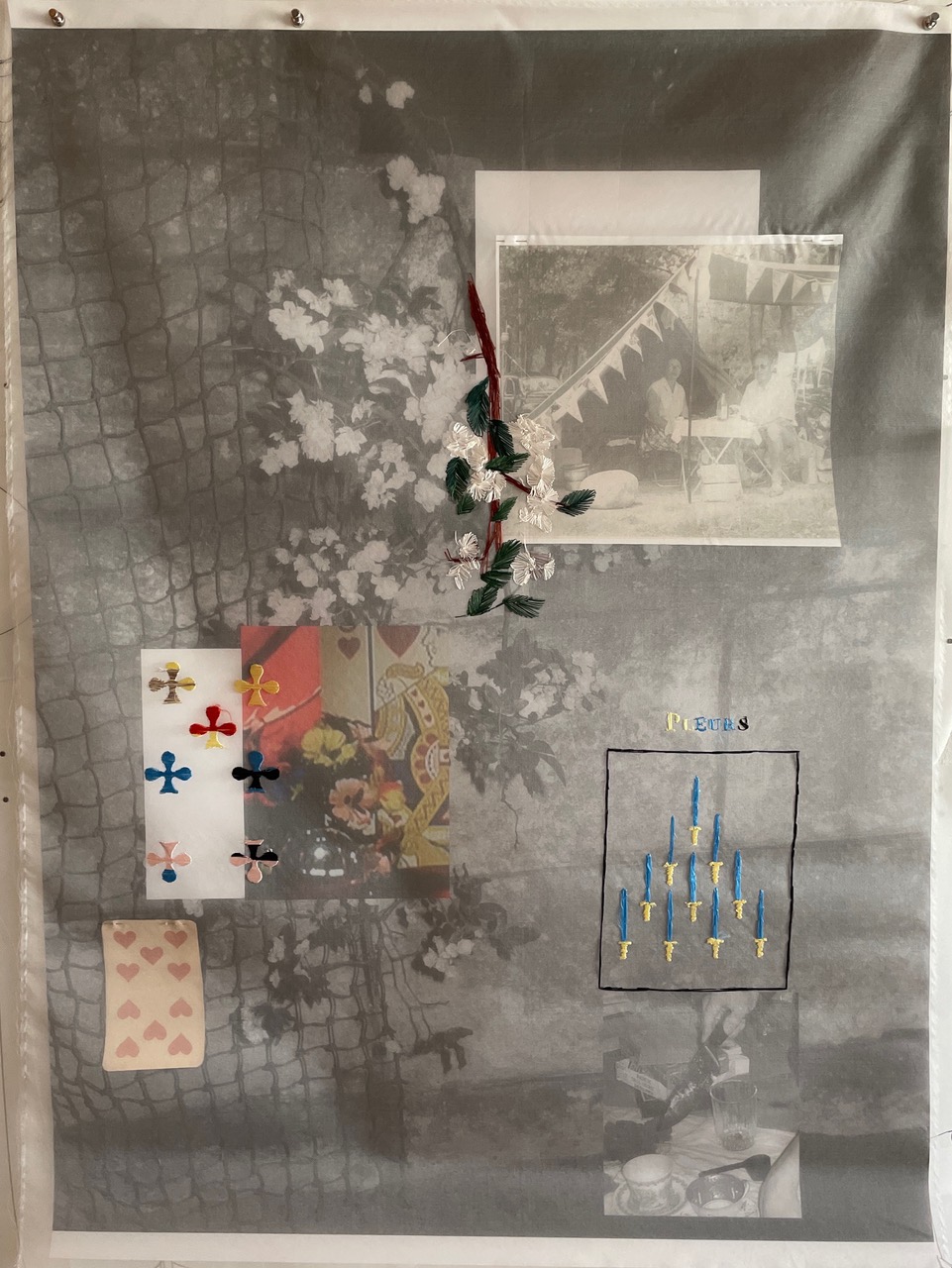 Comments by the artist: 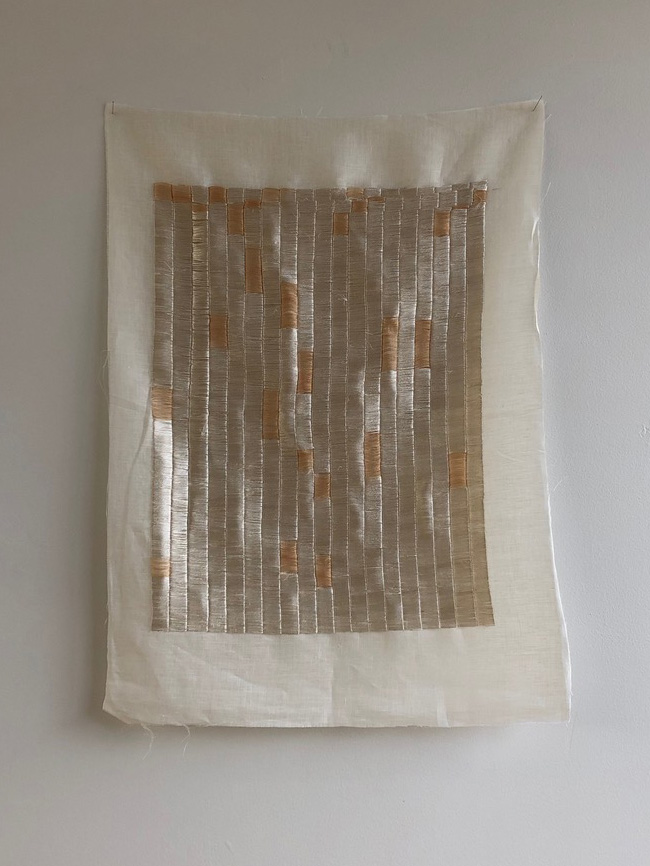 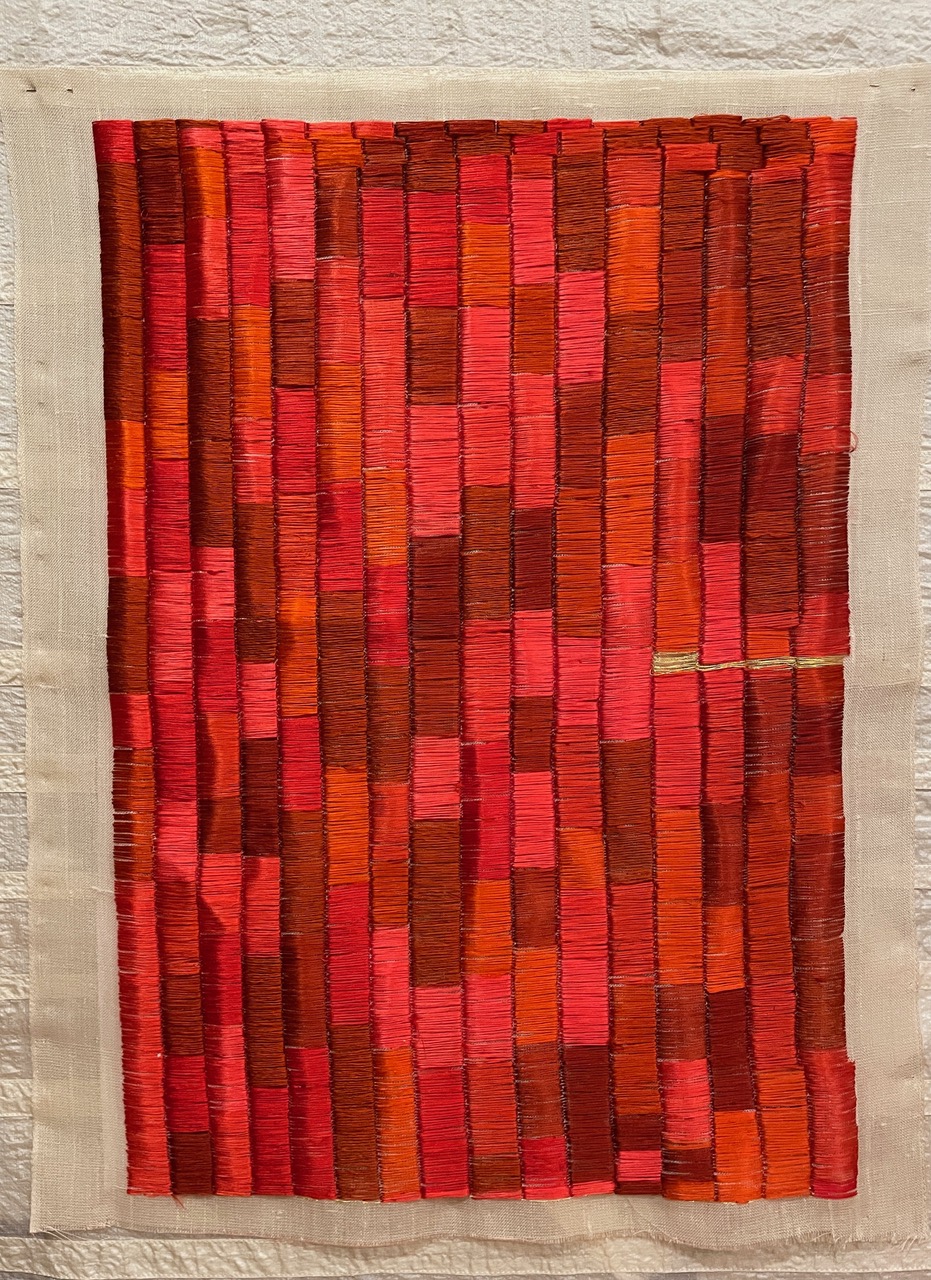 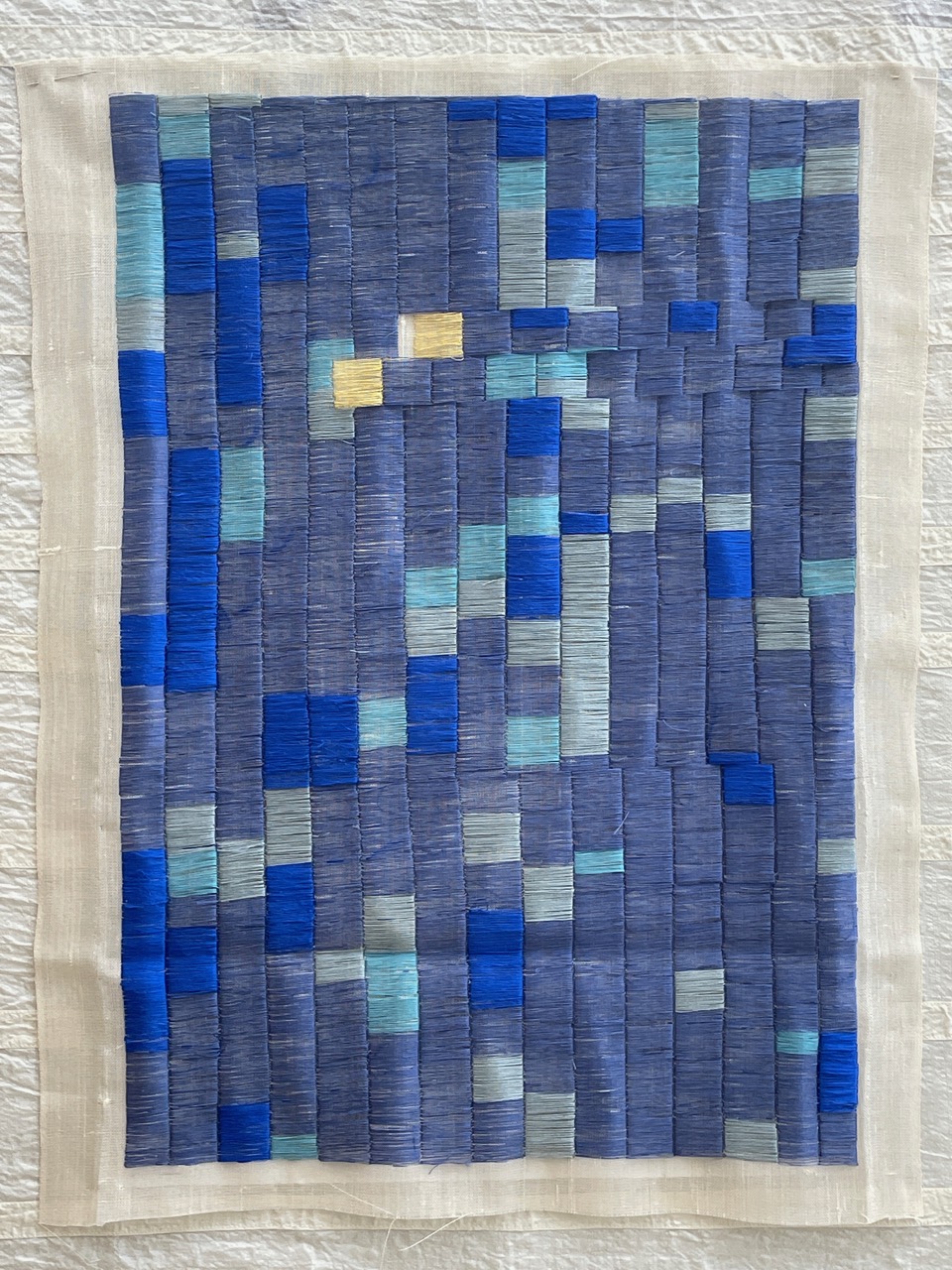 Inquiry about the work